ShutOff 2000 v2.8.8 is the latest version of a Windows® utility that allows the user up to ten different ways to shut down a PC, a delayed shutdown feature, plus the ability to download updates from the Internet.

ShutOff 2000 works in all versions of Microsoft Windows since Windows 95, with some very minor usability issues in Vista.

Your licence key may take up to two (2) business days to process. Please be patient, as you will receive a key within that time. 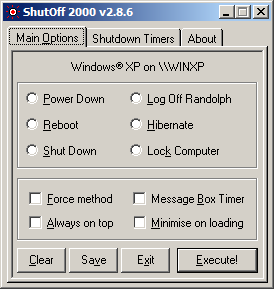 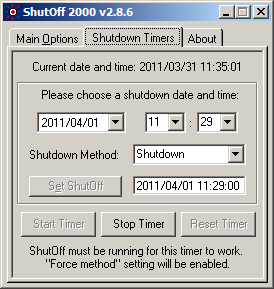 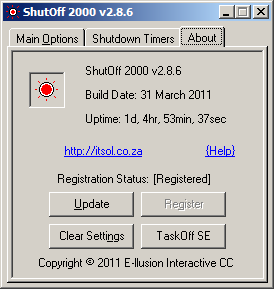 To purchase ShutOff 2000, you must download it, and then click on the PayPal payment option. Upon payment, you will be emailed a registration key in due course by one of our technical staff. This can take as long as two working days.

"Extremely easy to use!!!" - One of the thousands of people who have downloaded ShutOff 2000.